The Yooka-Laylee reference written and maintained by the players.
Please feel free to contribute by creating new articles or expanding on existing ones.
We are currently maintaining 308 pages (69 articles).

Yooka-Laylee is an all-new 3D platformer from the creative talent behind the Banjo-Kazooie and Donkey Kong Country games. We’ve come together to form Playtonic Games and create a spiritual successor to our most cherished work from the past!

Our new heroes, Yooka (the green bloke with no pants) and Laylee (the wisecracking lady-bat with the big nose) were conceptualised from the ground up for stellar platforming gameplay, created by the same character artist behind the rebooted Donkey Kong family and legendary N64 heroes Banjo and Kazooie.

Across more than five distinct Worlds Yooka and Laylee will tackle unique platforming challenges - such as rolling into a ball to navigate a pinball-inspired race course - in search of Pagies: the golden bounty used to unlock and expand new Areas of the game. As is traditional in the developers games, each world will be jammed to the gills with oddball Characters and hulking Bosses, many who communicate via a collage of noises.

Yooka-Laylee launched on April 11, 2017 for Xbox One, PlayStation 4, PC and for the Nintendo Switch is coming soon! 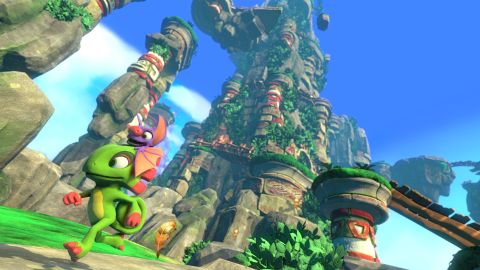 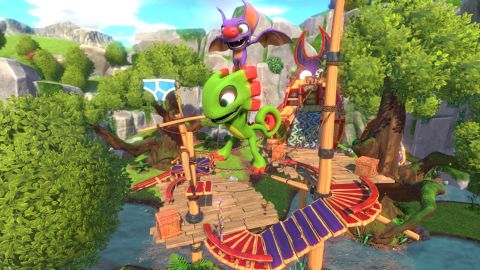 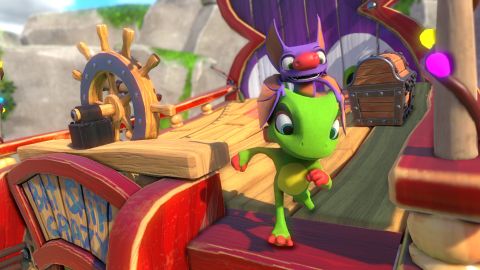 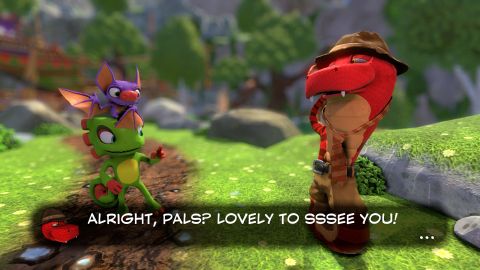 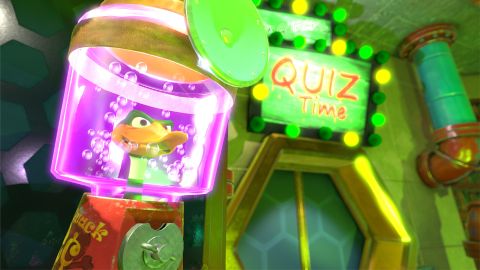 Tweets by @PlaytonicGames
To write a new article, just enter the article title in the box below or in the search box at the top of the page.
Main page sections: Top · Flex · Bottom. Changes for the main page can be proposed here.
Retrieved from "https://yooka-laylee.gamepedia.com/index.php?title=Yooka-Laylee_Wiki&oldid=1936"
Category: